Is there anybody out there?

Keep in touch on your Vanuatu Holiday.
Get the Rocket Guide to Vanuatu to help you get the best deals
for mobile phone and Internet access in Vanuatu.

The cost of connection in Vanuatu Internet Cafes is very high.

Almost all resorts and hotels in Port Vila and Luganville have Internet access. Most Port Vila hotels feature internet access directly from the rooms via Lan or wireless conections. The Rocket Guide to Vanuatu gives information about Internet connections from hotels and resorts throughout Vanuatu.

Direct access to Vanuatu's Mobile network is available to visitors using the pay in advance SIM cards from TVL or DigiCell. Rates, including data, are very reasonable. Details on how to set up the pay in advance service for Internet data are on the Rocket Guide.

Both Digicell and TVL offer GSM and 3G but you'd better count on GSM being the norm when you are travelling anywere but Port Vila and possibly Luganville. GSM isn't fast but you are buying MB of download, not hours so other than the frustration of waiting it is OK.

The TVL SIM card costs nothing. Show up at theTVL office and ask for a SIM card :-)

If you are going to be in Vanuatu for awhile and travelling to the outer islands, I'd suggest getting both a TVL and a DigiCel SIM card; maybe have two smart phones or have the one SIM in a tablet or WIFI modem and the other in your smart phone, or have one phone with two sim cards. Since you are paying as you go if you get to an island where you have DigiCel but no TVL you can still get on line. Plus if both networks are available you could test each with a low cost one day or one hour plan to see which one actually works better. And if your TVL account gets used up, you could switch to DigiCel and top up that account online.

Telstra Australia pay in advance travel packs (expires after 30 days).
You really don't want to do this - it's stupidly expensive. You are much better off to buy an unlocked quad-band Android smart phone for a couple of hundred dollars then buy a pay-in-advance SIM card pack when you arrive.

What you'll need to have.

To use your existing phone in Vanuatu you will need:

2. The smartphone, tablet or USB key must have the 3G WCDMA Band 8 (900 MHz E-GSM) (Normal for Australia, New Zealand and Europe - not for US or Japanese phones).

If you want to make sure your phone will work in Vanuatu (providing it is unlocked) visit https://willmyphonework.net/

The phone or tablet or WiFi hotspot has to be unlocked or you won't be able to use it in Vanuatu.

Some American or Japanese mobile phones won't work in Vanuatu. Only ulocked phones will be able to use a Vanuatu SIM card so if you bought your phone from a telecom or mobile service you will probably have a phone locked to their service and you can forget about using it in Vanuatu except on roaming. Some services, like Vodaphone, will unlock your phone or modem for a fee but you need to do it while still in the country where the phone is registered. They can't change the frequencies, however.

You can actually buy a phone in Vanuatu for a reasonable price. But you can also buy an unlocked Android smart phone with the correct frequencies from eBay or one of the big online discount stores before you leave - then you can use it anywhere. 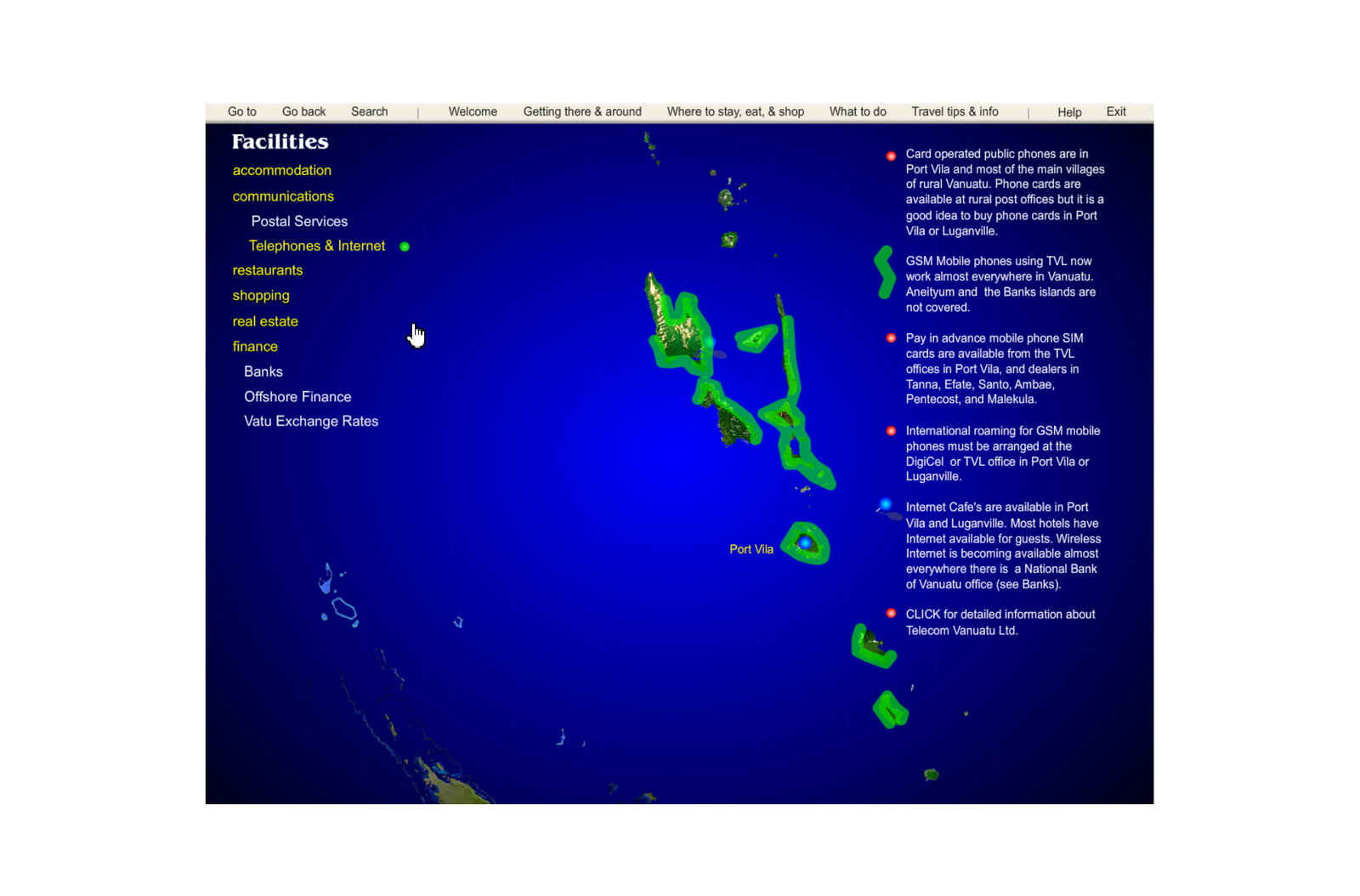 KNOW BEFORE YOU GO
Click to get your Rocket Guide